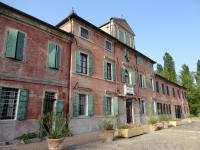 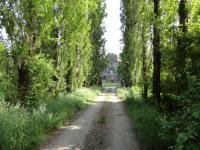 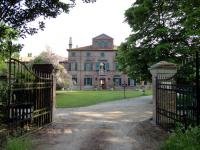 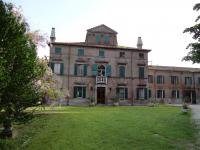 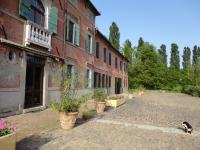 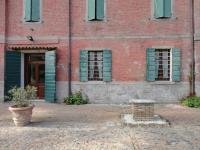 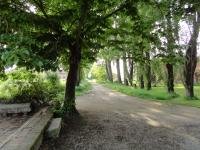 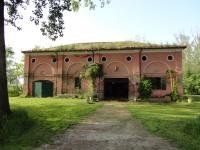 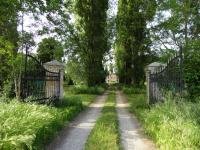 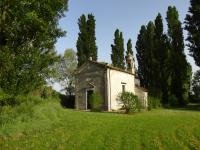 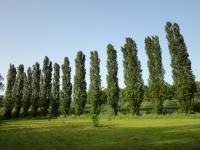 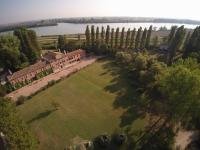 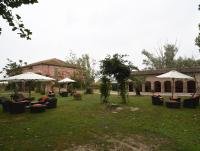 ❝"River, that rollest by the ancient walls, Where dwells the lady of my love...". The verses of the travelling poet Lord Byron still echo in this historic noble building, immersed in the green, pleasant and silent wetland of the Po of Venice. It was, in fact, from the balustrade of the first floor of Villa Zen that Byron composed the famous poem Stanzas to the Po.❞

The Tenuta Ca' Zen, which includes an elegant Venetian villa in a historic garden, is located on the banks of the so-called Po Grande, the Po of Venice river branch, in the heart of the Po Delta Regional Park. The original building was enlarged and ennobled by the Zen family, Venetian patricians who, in 1772, also built, on the ruins of a pre-existing oratory, the chapel that still preserves a precious tabernacle of the 15th century. Originally the villa was probably used as a hunting lodge, considering that at the time this whole area was within a Delta area which was particularly rich in bird life.
The last descendant of the Zen family, Chiara Moro, sold the villa to the Marquis Guiccioli of Ravenna. And it was here that a passionate love affair was born between the eighteen-year-old Teresa Gamba Guiccioli, third wife of the older Alessandro Guiccioli, and the English adventurer and poet Lord Byron. Indeed, Byron followed his beloved Teresa to the isolated Ca' Zen, at that time immersed in rice paddies and marshes as far as the eye could see, to meet her secretly and stay close to her while she was imprisoned, as punishment, by her husband. In this villa, where the two lovers met, the famous verses of the poem Stanzas to the Po were written.
The estate then passed to the Casalicchio family and then to the Avanzo family, landowners in Polesine. At the end of the 19th century the area surrounding the villa, at that time cultivated with rice paddies, was reclaimed and the increase in agricultural activity led to the construction of two new wings, initially used as stables and barns, and subsequently transformed into living quarters. During the land reclamation, archaeological finds from different eras, now preserved inside the villa, were found on the site.
Today Ca’ Zen is one of the most elegant and renowned Venetian villas of the entire Delta area and hosts a bed and breakfast with Venetian style rooms. The complex is surrounded by a pleasant and relaxing park with imposing avenues and is the ideal starting point from which to discover the numerous cycle paths and bridleways that allow you to explore the Po Delta.

By train: Ca' Zen is situated about 16 km from Loreo station (railway line Rovigo-Adria-Chioggia), with good cycle-rail interchange facilities.
By car: From Milano/Verona: from the highway exit of Verona Sud (Autostrada A4) follow the signs to Legnago-Rovigo, then at the roundabout in Rovigo turn to Ferrara, and then to Adria-Crespino; at the end of this street, go on to Ariano nel Polesine-Taglio di Po, until the signs to Ca’ Zen: turn left and go straight 2km along the country road.
From Venezia/Ravenna: exit from SS309 Romea in Taglio di Po, then take the road to Corbola; 2 km after leaving Taglio di Po there are the signs to Ca’ Zen.

Adria and its riviera