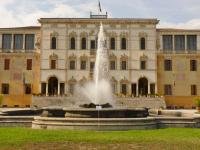 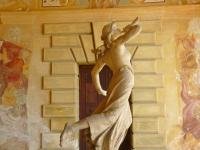 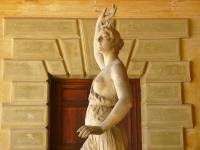 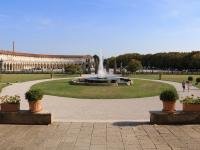 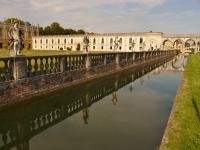 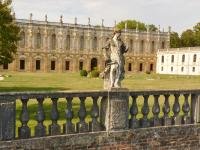 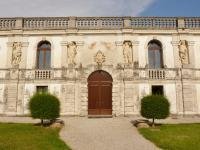 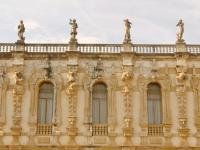 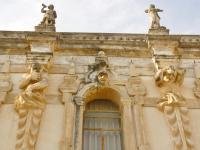 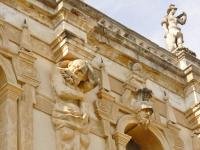 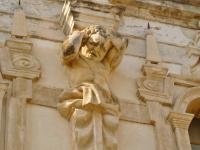 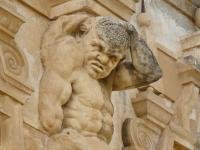 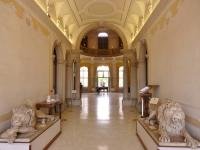 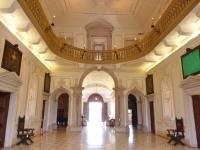 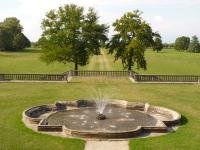 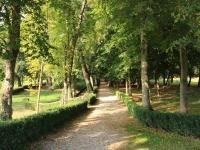 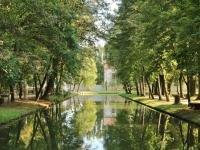 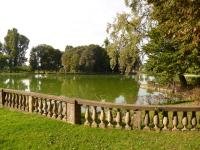 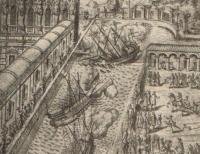 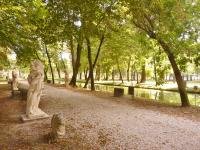 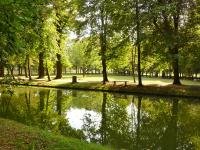 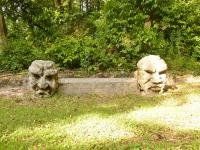 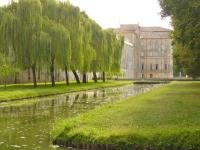 ❝Villa Contarini, composed of elegant buildings from the Venetian period, expanses of water and wooded areas, is emblematic of the influence of the Venetian Republic on the mainland. From the original project by Andrea Palladio, different architectonic solutions and uses of the outside spaces were developed, making this site a unique historical and artistic patrimony of international interest. ❞

Just a short distance from the river Brenta, in the centre of Piazzola, stands one of the most exceptional constructions in Veneto, the splendid sixteenth century Villa Contarini. This large residential complex which features numerous buildings around a central body, is made more exceptional by the omnipresence of water, from the canals which delimit the garden with fishponds to the south, to the fountains of the magnificent park which stretches north. The elegant statues reflected in the canal waters which border the external perimeter, and the anthropomorphic decorations which ornate the façade of the central body, really give this villa a palatial appearance.
The central nucleus, designed by Palladio, was created as a "country dwelling" around the mid sixteenth century by the Contarini family, on the site of a preceding castle built by the Da Carrara family, governors of Padua. At the end of the next century, Marco Contarini carried out sumptuous extensions, building side wings and other structures, such as the spectacular overpass with semicircular arches, conferring a stately appearance to the villa. After a period of decline, it was acquired by the Camerini family in the nineteenth century, who restored it to its previous grace, adding a lovely English-style garden. The green expanse behind the main body, where water is the predominant feature, is yet another reason to visit. There are historical seventeenth century fishponds, favourite backdrop for the feasts and banquets of the Venetian nobility. Once beyond the ice-house, from which there is a panoramic viewpoint, we get to the lake, traditionally designated for walks, leisure and excursions by boat thanks to the plentiful waters of the nearby Roggia Contarini which feed it. Still today, you may reserve a gondola trip here. The lake is connected to waters from the Basin of Isola Mantegna, listed among the wonders of Paduan water culture. In front of the villa, bordering the wide square, is the spectacular semicircle of the Camerini Amphitheatre, half of which is formed by an arcaded building, and the other half tree lined. Here important musical events take place.

By train: Villa Contarini is situated about 10 km. from Grisignano di Zocco station (Padova-Vicenza railway  line) and can be reached through the Treviso-Ostiglia cycling route. Good cycle-rail interchange facilities.
By car: Motorway A4 (Torino-Trieste) exit at “Padova Ovest” and proceed North towards Piazzola sul Brenta (SS47 and SP94 roads). Alternatively, exit the A4 Motorway at “Grisignano di Zocco” and take the Camisano Vicentino-Piazzola sul Brenta direction. Free car parks available near the Camerini Anphitheatre, opposite the Villa.

Protagonist of long and bloody dispute: the medieval fortress on the Bisato Canal