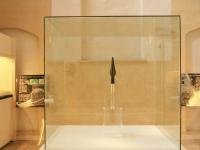 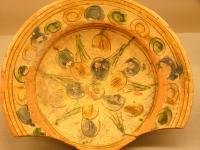 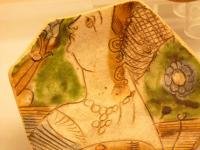 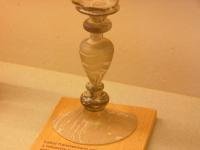 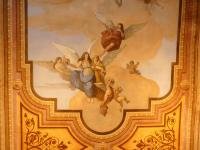 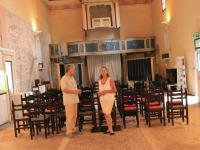 ❝Underwater investigation in the Brenta and Bacchiglione rivers not only confirms the early presence of humankind along Veneto waterways, but also the perceptions held by the ancient Veneto populations regarding rivers and water. The large quantity of offerings found in the riverbeds testifies to the local pre-Christian conception of the sacredness of water. ❞

The church of Sant'Eufemia, located in the Altichiero quarter near to the historical centre of Padua, is today the seat of the Archaeological Environmental Museum of Padua Water. This religious site is found in a pleasant zone steeped in history, close to the banks of the Brenta where the old Wool Route ran. This route of Roman origin connected Padua to the uplands of Asiago. Numerous finds from the decades of underwater research along the Brenta and Bacchiglione riverbeds are preserved in a display area gleaned from the church. These include a significant collection of metal objects, mainly bronze, from the ninth and tenth centuries, which were thrown as offerings into the water, testifying to the very different perception our forebears had of rivers and waters. In the classical period of ancient Greece it was common practice to deify rivers. Young athletes with bulls' heads, or lovely nymphs were depicted on the coins of the period. Similar practices were quite probably found along the Brenta and Bacchiglione rivers.
One of the most outstanding implements in the museum is a splendid bronze spearhead dating to ca 1180 B.C. (hence coeval with the first incursions of Greek vessels on to Veneto rivers). It was most probably created for ritual purposes, indeed it was common for warriors to throw their spearheads into the water to obtain divine protection from the river deity.
The display also includes a collection of ceramics from the sixteenth century. The frescoes near the apse and the ancient baptism fount, crowned with a white dove to personify the descent of the Holy Spirit, date from the same period. The current façade and the frescoes inside the vault are rather from the seventeenth century. The building itself is much older, since it seems to have been constructed on the site of ancient proto-Christian sanctuary, whose existence is documented by a sizeable quantity of brooches, fibulae, spearheads and coins found in the vicinity. These implements, today in display cases, were brought to light thanks to underwater identification carried out principally in the 1990s by a team led by Lamberto Galeazzo, indefatigable animator of museum activities.

By train: the Museum is situated about 5 Km. from Padua station and about 2,5 km. from the station of Vigodarzere (Padova-Cittadella-Castelfranco Veneto railway line), with good cycle-rail interchange facilities.
By car: exit the Motorway A4 (Torino-Trieste) at “Padova Ovest”, proceed on Via Altichiero and then turn onto Via Querini.

Opening times for visitors:
Museo Archeologico Ambientale delle Acque di Padova
Where to eat: near the Museum we recommend the “Ristorante La Casa” (Via Querini 74, Padova; tel. 049 8654088), which serves traditional Venetian dishes,  the “Antica Trattoria Bertolini “ and the “Ristorante Pizzeria L'Abbuffata”.
Where to stay: we suggest the “Residence Bertolini”, at the restaurant of the same name, and the “Hotel Crowne Plaza Padova” on the way to Limena.

The Archaeological Museum of the Bacchiglione River

From the Neolithic to the Medieval: discovering the civilizations that grew up along rivers

New spaces for waterways and the community: a replicable model of environmental restoration